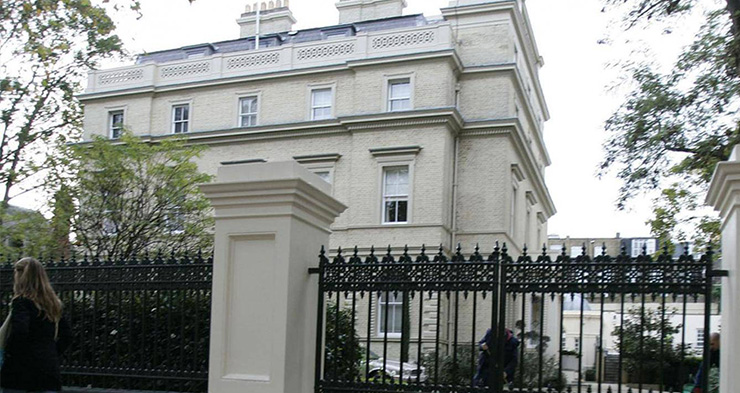 New powers are being used to investigate whether British properties worth £22m were paid for legally by an unnamed “politically exposed person”.

The National Crime Agency (NCA) has been granted two unexplained wealth orders (UWOs) for the first time, to look into a house and offices in London and the south-east.

They are believed to be “ultimately owned” by a politically exposed person – a term used to describe people with prominent positions in public life who are vulnerable to bribery and corruption.

The NCA said it could not name the person being investigated, as they are given time to respond to the orders’ demand for information and documents.

They have been barred from selling or transferring the properties in question while the inquiry is carried out.

The Independent understands they are from a country outside the European Economic Area.

The Financial Times reported that the subject is a politician from central Asia.

“Unexplained wealth orders have the potential to significantly reduce the appeal of the UK as a destination for illicit income,” said Donald Toon, director for economic crime at the NCA. “They enable the UK to more effectively target the problem of money laundering through prime real estate in London and elsewhere.

“We are determined to use all of the powers available to us to combat the flow of illicit monies into, or through, the UK.”

UWOs came into force on 31 January, following evidence that British property is being used to launder money obtained illegally by foreign nationals.

The measure was dubbed the “McMafia law” after the BBC television drama, based on a factual book of the same name, which centred on money laundering and international organised crime.

It allows investigators to force targets to explain the source of their wealth if they are suspected of corruption or involvement in serious crime.

After the High Court issues an order, the respondent is required to explain the extent of their interest in the specified property and how it was obtained – shifting the burden of proof from investigators to suspects.

A failure to comply can spark attempts to seize it under civil proceedings, on the assumption it has been obtained through unlawful conduct.

Providing false or misleading information in response can also be punished with up to two years’ imprisonment.

Campaigners from Transparency International, whose research found £4.4bn of suspicious property across the UK, hailed a landmark moment.

Rachel Davies Teka, the group’s head of advocacy, said: “This landmark moment is a positive statement of intent from law enforcement and sends a clear message to those seeking to launder corrupt wealth through the UK that their assets will no longer be safe here.

“We hope that this announcement will signal the beginning of more action being taken to finally end the UK’s status as a safe haven for corrupt individuals.”